Award-Winning Paranormal Romance Author, TK Lawyer has been writing since high school but it was sometime in 2011 when her writing blossomed into a career. Craving excitement and adventure, she jotted down a few notes and never looked back.
She writes what she loves with a realistic twist: fiery paranormal romance with curvy girls and alpha, protective, possessive males. Each unique tale is standalone with a guaranteed HEA. She loves to hear from her fans and invites them to contact her. New readers are encouraged to open one of her books and dive in, enjoying the fantasy worlds she builds solely from her imagination. 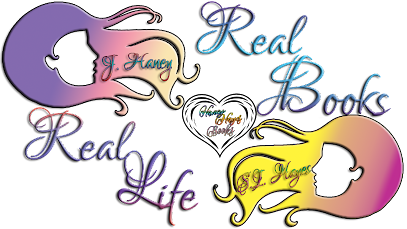 J. Haney was born and raised in Kentucky, currently residing in Greenup County, Kentucky, with her family, where she is the proud momma to Jessalyn Kristine. J. Haney’s work tends to lean toward real life, drawing her readers into a world they can get lost inside.
S.I. Hayes was born and bred in New England and is currently living in Ohio. Running around Connecticut, she used all of her family and friends as inspiration for her many novels. When not writing, she can be found drawing one of many fabulous book covers or teasers.
Since meeting in 2016, the pair have embarked on the journey of a thousand tales. Keep your eyes open, and a fresh pair of panties close by. You know, just in case.

Want a chance to read it b4 it publishes?
Come join our Readers Group!

Misty Clark was born in North West Pennsylvania. In her early twenties, she headed west and started her adventure into motherhood, raising two beautiful daughters. She has always had a passion for writing, having been published as a Tween, it’s always been a part of her life. Recently she began working with a partner and now has ventured off to stand on her own two feet.
With her playlists uploaded, her love of music inspires her to lofty heights in the realm of Urban Fantasy. Where she has aspired to leave you clinging to the edge of your seat and begging for more. Come see why she’s Misty Clark, Author, Music Lover and Destroyer of Devices! 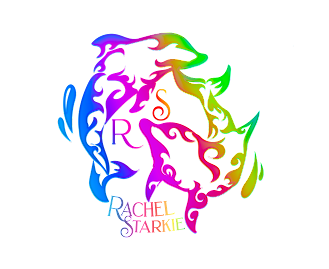 Rachel Starkie grew up in Manchester England, residing with her supportive family. With a love for learning about animals and nature, she went on to attended Hull University @ Scarbrough, resulting in a Bachelor of Science in Coastal Marine Biology. Dolphins being one of her favorite animals have found their way not just into her logos but also her shifter tales. Rachel relishes in creating worlds full of unique and amazing characters, where people lose themselves.
Her outgoing nature allows her to see and feel the world at her fingertips so she can bring it to her readers. Inspiration comes from all angles and you can see that in the pretty resin items that double as swag and other bits of fun. All resin is hand-poured into often commissioned molds. Rachel can not wait to share her worlds with you, so stop in for a cuppa and sit for a spell.

Alexis is an Amazon Best Selling Author who loves to delight her readers with short, steamy stories to warm their hearts.
She lives in Phoenix, Arizona, and loves to eat and cook.
She reads romance and suspense novels. Alexis is a movie buff and likes small indie films with heart and intrigue.

Amarra Skye lives in Denver, a city that is expensive as hell. She's hoping, in the next 6 months to be able to move to a place less expensive, probably outside the USA. She's been reading and writing m/m fanfic for the past 10 years and loves it. Stucky forever! Wincest for always! When Amarra started looking at more mainstream books, she couldn't find anything as naughty and dirty as what she was reading in the fanfic community.  The rest is history and she's now writing what she wanted to read.

With a human mother and a Fae father, Mina is a fusion of magic and realism. For one week every month, when the moon is full, she slips from the world of Faery into the human realm.
While here, she fiendishly pens the histories of those in her homeworld. If the Fae ever discover she's been spreading their secrets, she will meet certain death.
In the meantime, under the threat of constant discovery, she will endeavor to entertain her readers. She's made it her mission to make the most of her week-long sojourns to spread knowledge of the Fae's mystical creatures in the hopes of one day exposing the hidden world.
Mina Raye is a pen name of Melissa Riddell, showcasing the steamier side of fantasy and paranormal romance.

Melissa Riddell is from a small, West Texas town in which she still lives with her husband. Her writing career started as a hobby when she was a teenager, writing poems and short stories. Eventually, she branched out and began constructing novels. When not contemplating new story ideas, she can be found traipsing around Texas State Parks, herding her cats, or reading a book.

Parker Sinclair is a best-selling NA and YA fantasy author and licensed educational counselor. Visit ParkerSinclair.net/followme for FREE books and samples. Ms. Sinclair also writes Children's Books under the name, Samantha Shannon, and her newest book, Jake the Growling Dog, is a #1 new release in multiple categories including children's books about tolerance, intermediate reader's, and children's books about dogs.
Parker gives credit to the development of her imagination and passion for writing to multiple childhood destinations lacking indoor plumbing. She would never trade the childhood her parents gave her, and she thanks them for raising her to have her own thoughts, dreams, and bountiful imagination. Oh and she wishes to thank them for teaching her that one should never leave their jeans on the floor of an everglades campground shower--lest she does the dance of the scorpions in the pants again!

Samantha Shannon is a best-selling author and licensed educational counselor who uses her background in education, love for nature and animals, and experience aiding in the emotional social development of children to create fun and impactful books. Samantha has also published multiple books under her pen name, Parker Sinclair, in the fantasy and YA genres.
Samantha's love for creatures great and small has led her to incorporate animals in all of the books, from eagles to cheetahs! Throughout her life, Samantha's family has always included a dog, and they've always been more than pets. They were fur-brothers, sisters, and babies.
When Samantha had her first child in 2009, she wanted to write a picture book based on her sister's dog, Jake. While visiting her sister in the Pacific Northwest, Samantha realized that Jake growled all the time. He growled while playing frisbee, getting an ear rub, running, and even when he was sleeping! Despite his unusual choice of noisemaking, Jake is a sweet dog, which makes him the perfect character for a children's picture book.
With Samantha's background in educational counseling, Jake's first story includes a character education & loving-kindness activity for families, schools, & counselors. Jake's story speaks to all of us about accepting, and appreciating, the differences in others--both caring attitudes we need in our diverse and beautiful world.

In 2002 Therese was accepted into the economics programme at the University of Gävle, Sweden. In 2004 she attended the Erasmus exchange student programme and completed a double degree of Bachelors of Science in Business Administration, recognised in the Netherlands and in Sweden. On her return to Sweden she thereafter completed the Masters of Science in Business and Administration. In 2006 Therese ventured to seek employment abroad to satisfy her curiosity for her interest in the cultural differences experienced on her studies in the Netherlands. She looked for work in Great Britain and found opportunities in Gibraltar. She briefly relocated to live near Marble Arch in London, but quickly realised the work/life balance shifted to eighteen hours of working and commuting with no time to spare for creativity and personal development. In 2007 she relocated back to Gibraltar where the diverse cultures were a large source of inspiration.
Having always been a free spirit at heart, her dream had always been to write fantasy novels where she could have the opportunity to travel and manage her own working hours around family and activities. She also wanted to continue her career in the finance sector. In 2017 she completed her studies with the Association of Chartered Certified Accountants (ACCA). Alongside her studies, she rapidly climbed the career ladder into becoming the Head of Finance in a bank in Gibraltar.
Your life is your dream,
-if you can dream it, you can live it-
Apart from being a full time worker, student and a mother of a toddler, Therese managed to publish her first fantasy novel Symmetry in February 2014. In 2017 she decided to take up writing full time, kicking it off with the Science Series and subsequently wrote The Prophesied Sorcerer Series, The Wolf Fae Saga Series and The Arakzeon City Series. She has planned to launch more books in the coming years and has also done two collaborative projects in the Anthologies The Prophecy of Magic and Kisses and Curses. In 2018, Therese wanted to inspire her daughter to write and hence commencing her journey down the route of also creating children’s books containing illustrations by her daughter.