The Prospect By Addy Archer 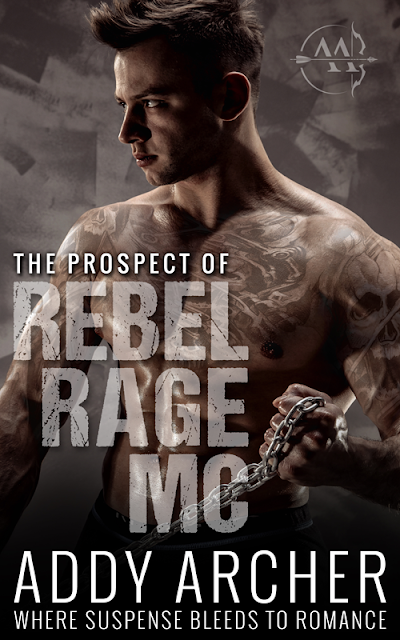 As a prospect of Rebel Rage MC, Linc’s assignment was simple: take care of the woman who was kidnapped. Easy… except for the riot of emotions she stirs within him.

Harper is broken and has the scars—inside and out—to prove it, but the love of a headstrong, protective biker might be just what she needs to heal.

While Linc and Harper dare to explore their developing feelings, danger lurks within the shadows, waiting to drag Harper back into the torment she barely survived the last time. Linc will risk it all to make sure that never happens, but will it be enough? 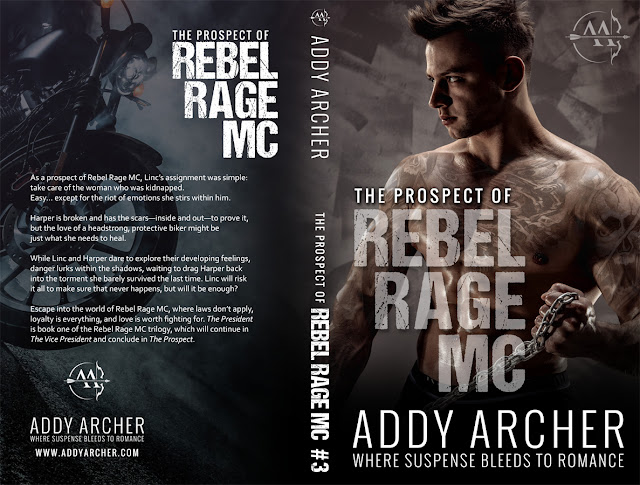 Meet The Author:
Addy Archer is a contemporary and romantic suspense writer who loves rough bikers twisted with a hint of romance and sassy women. She currently has one complete series: Rebel Rage MC. When she isn't working hard on her next book, she enjoys long walks with her dog, traveling, and reading.
Visit her at: http://addyarcher.com
FACEBOOK | FACEBOOK GROUP | TWITTER | INSTAGRAM
BOOKBUB | GOODREADS | NEWSLETTER